Joey Von Nessen (right in photo with Rotarian Stephen West), a research economist at the University of South Carolina’s Darla Moore School of Business, shared the state’s 2019 market overview as Capital Rotary’s guest speaker Nov. 13.  He said this year has been an economic roller coaster due to tariff and trade disputes, slowing global markets, fluctuating interest rates and waning of the Tax Cuts and Jobs Act of 2017 stimulus.  Auto tariffs affect the Palmetto State via increased costs in the short run and potential changes in global production strategies in the long run.  After peaking in 2015, our employment growth began to fall and is at 2% so far this year.  But Von Nessen noted that every county has had employment gains at or above the state average since 2018.  Labor costs, lumber costs and higher interest rates have negatively impacted the state’s construction industry, but the latter two are more positive recently.  Although South Carolina is well-positioned for 2019, Von Nessen said the bottom line is that a “decaf” economy (lacking stimulus) combined with higher uncertainty worldwide means slower growth.  Von Nessen serves on the advisory committee of the SC Board of Economic Advisors and is responsible for preparation and presentation of USC’s annual statewide economic forecast.  He’s regularly invited to brief the Federal Reserve Bank of Richmond on the state’s market conditions. 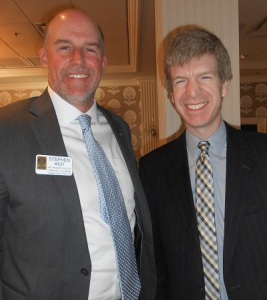