Capital Rotary member Melissa Lindler and club president Philip Flynn display a patch received for taking part in a World Polio Day Rally to End Polio Now.  The event was held at the SC State House last October to raise awareness about the continuing effort to end polio – a vaccine preventable disease that still threatens children in parts of the world.  Since Rotary and its partners launched the Global Polio Eradication Initiative 30 years ago, the incidence of polio has plummeted by more than 99.9 per cent.  Rotary has committed to raising $50 million a year in support of global eradication and has contributed more than $1.8 billion towards that end since 1985. 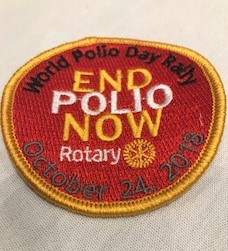 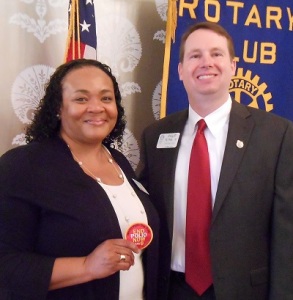