Rotary’s founder, Paul Harris, believed that serving humanity is “the most worthwhile thing a person can do,” RI President-elect John F. Germ said, and that being a part of Rotary is a “great opportunity” to make that happen.

“I believe everyone recognizes the opportunity to serve Rotary for what it truly is: not a small opportunity, but a great one; an opportunity of a lifetime to change the world for the better, forever through Rotary’s service to humanity,” said Germ.

Rotary members around the globe are serving humanity by providing clean water to underdeveloped communities, promoting peace in conflict areas, and strengthening communities through basic education and literacy. But none more important than our work to eradicate polio worldwide, he said.

After a historic year in which transmission of the wild poliovirus was stopped in Nigeria and all of Africa, Germ said we are closer than ever to ending polio.

“We are at a crossroads in Rotary,” he added. “We are looking ahead at a year that may one day be known as the greatest year in Rotary’s history: the year that sees the world’s last case of polio.”

Last year’s milestones leave just two countries, Afghanistan and Pakistan, where the virus still circulates. Polio would be only the second human disease ever to be eradicated.

When that moment arrives, it’s “tremendously important” that Rotary is ready for it, said Germ. “We need to be sure that we are recognized for that success, and leverage that success into more partnerships, greater growth, and even more ambitious service in the decades to come.”

Germ, a member of the Rotary Club of Chattanooga, Tennessee, USA, encouraged attendees to return to their clubs and communities and spread the word about Rotary’s role in the fight for a polio-free world.

“People who want to do good will see that Rotary is a place where they can change the world. Every Rotary club needs to be ready to give them that opportunity,” Germ said.

Enhancing Rotary’s image isn’t the only way to boost membership. “We need clubs that are flexible, so our service will be more attractive to younger members, recent retirees, and working people.”

Calling all District 7770 Rotarians! David Tirard, our District Foundation Chair, is raring to take your contributions for the Paul Harris Society.

Paul Harris Society members commit to give $1,000 per year to the Rotary Foundation, either by check, credit card, club billings or via TRF-Direct, Rotary’s convenient way to pay monthly via bank draft.

If you’d like to join the Paul Harris Society, simply download the form below and return to David Tirard at:

If you have questions about the Paul Harris Society, you may contact David at any of the contact information provided on the PHS form, or you may search for him in the District Database. (To protect the integrity of his inbox, we refrained from publishing his e-mail address here.) 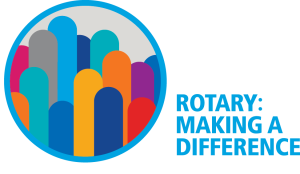